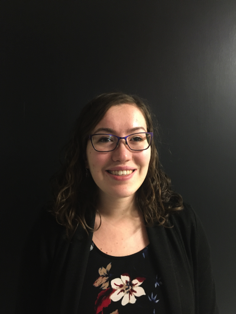 Caitlin Miron | Post-Doctoral Fellow: January 2020 - present
&nbspBorn and raised in Ottawa, Caitlin completed her BScH in Biochem. at Queen’s University. She stayed on at Queen’s to pursue a PhD in supramolecular and biological chemistry, working on targeted nucleic acid recognition for anticancer and antiviral applications. In 2019, she worked as a Mitacs Elevate postdoc on a collaboration between Cyclenium Pharma and Université de Sherbrooke, driving the lead optimization of macrocyclic compounds that target the delta opioid receptor. She joined the Moitessier lab in January 2020 to work as a medicinal chemist on an industry/academic research program in computer-guided drug development for anticancer applications. In her spare time, she enjoys traveling, hiking, kayaking, and Latin dance.
Key Projects: hit validation and hit-to-lead optimization of novel compounds for anticancer applications 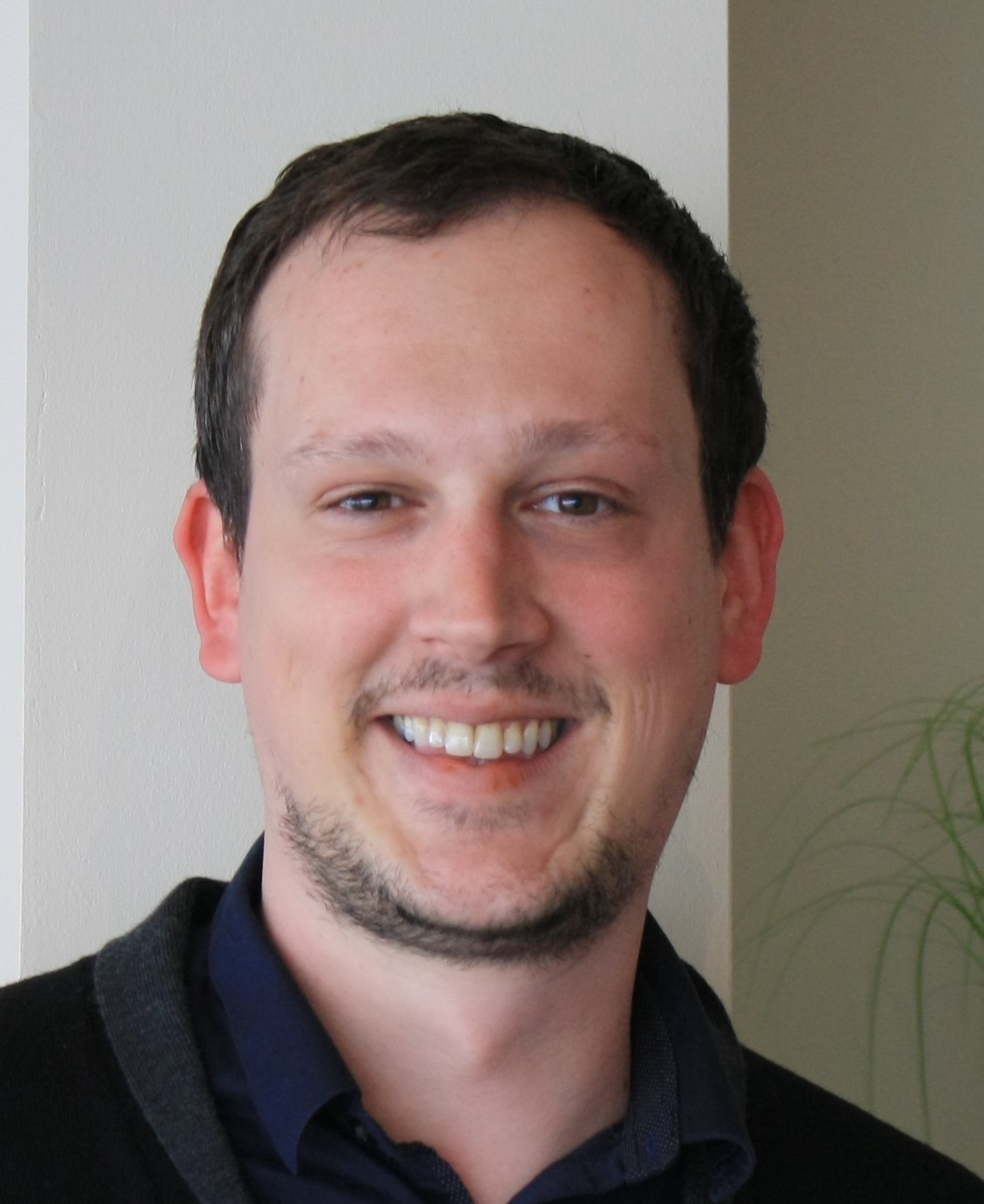 Jevgenijs Tjutrins| Post-Doctoral Fellow: May 2020 - present
Originally born and raised in a small town (Ventspils) in Latvia, at the age of 18 moved to the capital - Riga to pursue his B.Sc in Chemistry at the University of Latvia. He completed his Honours project in 2010 under the supervision of Dr. Juris Meija (National Research Council of Canada). In 2010, Jevgenijs moved to Montreal to pursue his Ph.D at McGill in the Arndtsen group, developing Pd- and Ni-catalyzed multicomponent carbonylative synthesis of heterocycles. After obtaining his Ph.D in 2017, he joined a start up in Toronto developing photochromic dyes for use as an indicator for correct sunscreen application. Since May 2020 he has rejoined McGill University in the Moitessier lab as a post-doctoral fellow to work on the development of potential COVID-19 treatments.
Key Projects: Design and synthesis of novel drug molecules targeting SARS-CoV-2. 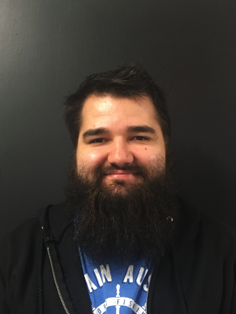 Mihai Burai-Patrascu| Post-Doctoral Fellow: July 2020 - present
&nbspHailing from Romania, Mihai has lived in 4 different countries and has obtained his BSc. in Chemistry from Jacobs University Bremen (2015, Germany) and his PhD in Chemistry from McGill University (2020). He joined Prof. Moitessier's group in 2015 to work on various aspects of computational drug design and discovery, as well as asymmetric catalysis. When he’s not busy writing quantum mechanics software for his day job, Mihai likes to pet all the dogs on his way to work. Apart from that, he likes watching football and reading comic books.
Key Projects: Nucleoside modeling;CYP450 inhibition prediction and site of metabolism determination of xenobiotics; Development of the Virtual Chemist platform for asymmetric catalysis. 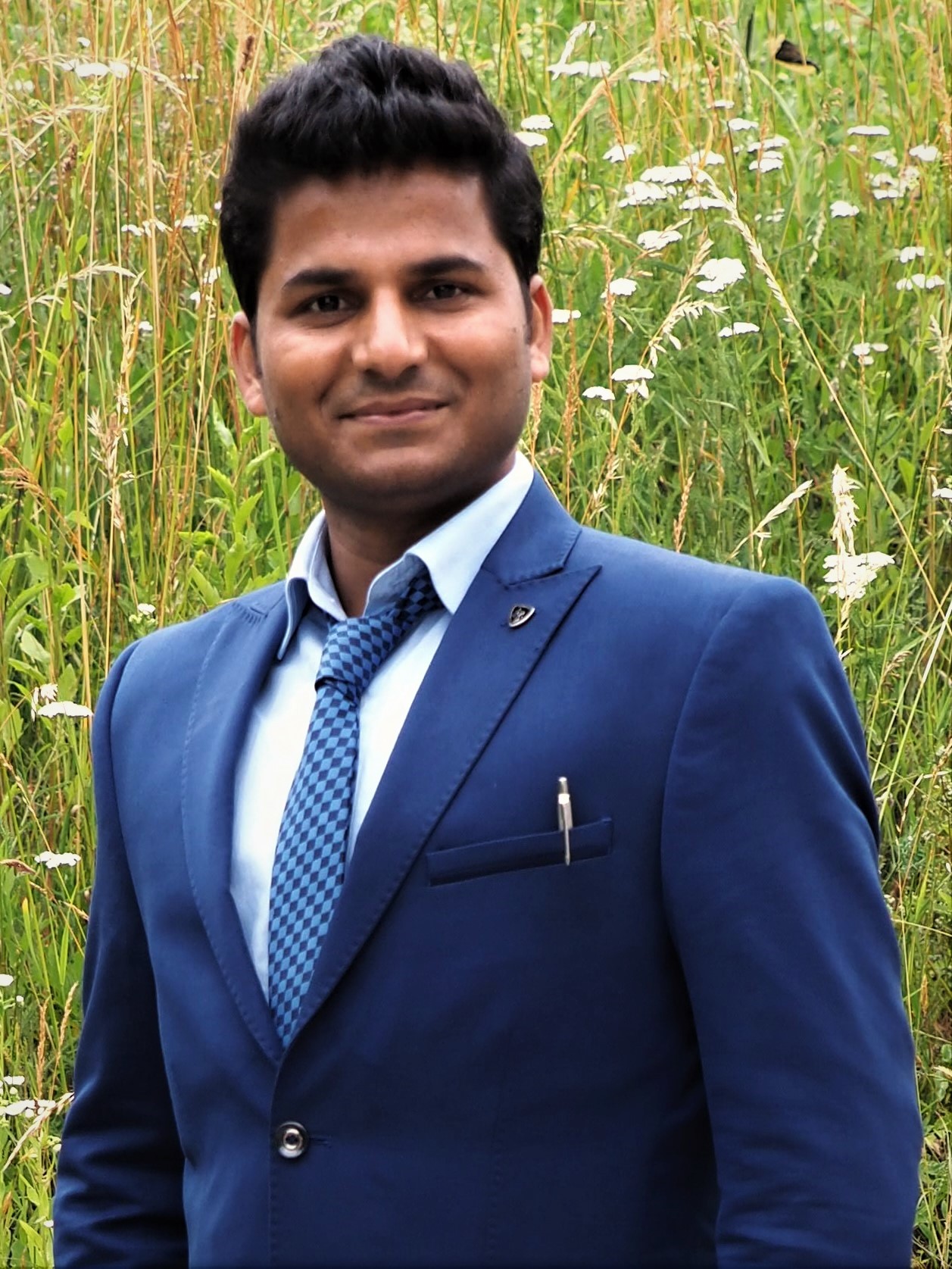 Mohd Aabid| Post-Doctoral Fellow: August 2020 - present
&nbspBorn in Delhi, the multicultural capital of India, Aabid did a Bachelor of Pharmacy from DIPSAR, University of Delhi. Soon, he moved to France where he completed a Research Master in synthesis, catalysis and sustainable chemistry from University of Lyon-1. Later, he pursued a PhD in organic chemistry at University of Strasbourg, France. During his PhD, he worked on asymmetric synthesis and methodologies, focusing on chiral organophosphorus compounds, sulfoxides, biaryls, hypervalent iodine compounds and esters. Since August 2020, he has been working on an industrially funded drug discovery program in the Moitessier group, as a medicinal chemist. He is a foodie person and enjoys cooking. He likes to play cricket, badminton, tennis and enjoys hiking.
Key Projects: Design and synthesis of novel drug molecules targeting cancer therapy, hit to lead optimisation 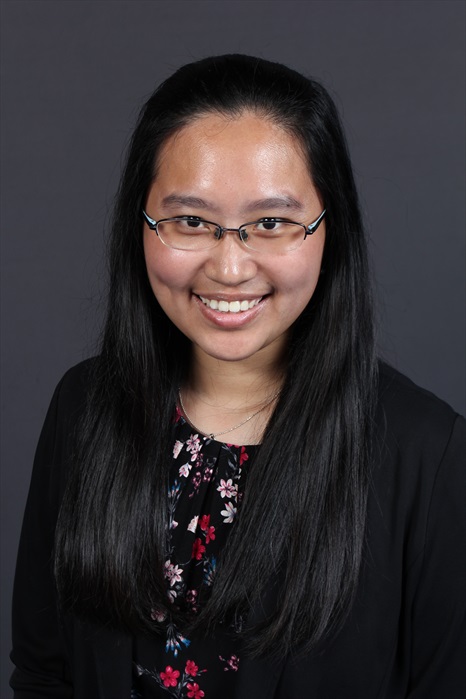 Felicia Lim| Post-Doctoral Fellow: August 2020 - present
&nbspHailing from Malaysia, Felicia traveled to the land down under and completed her BPharm (First Class Honours) from Curtin University, Australia and earned her PhD in Organic Chemistry from Monash University. In 2019, she worked at Monash University Malaysia as a researcher at the NMR Infrastructure Platform, driving the development of practical methods, particularly using microwave-assisted synthesis and multicomponent reactions, for the preparation of potentially bioactive 1,3,5-triazine based purine isosteres. Felicia joined the Moitessier lab in August 2020 as a postdoctoral fellow to work on an industry/academic research program in drug development for anticancer applications. When she is not too busy in the lab, Felicia enjoys strumming her guitar, listening to music and belting out a tune or two. 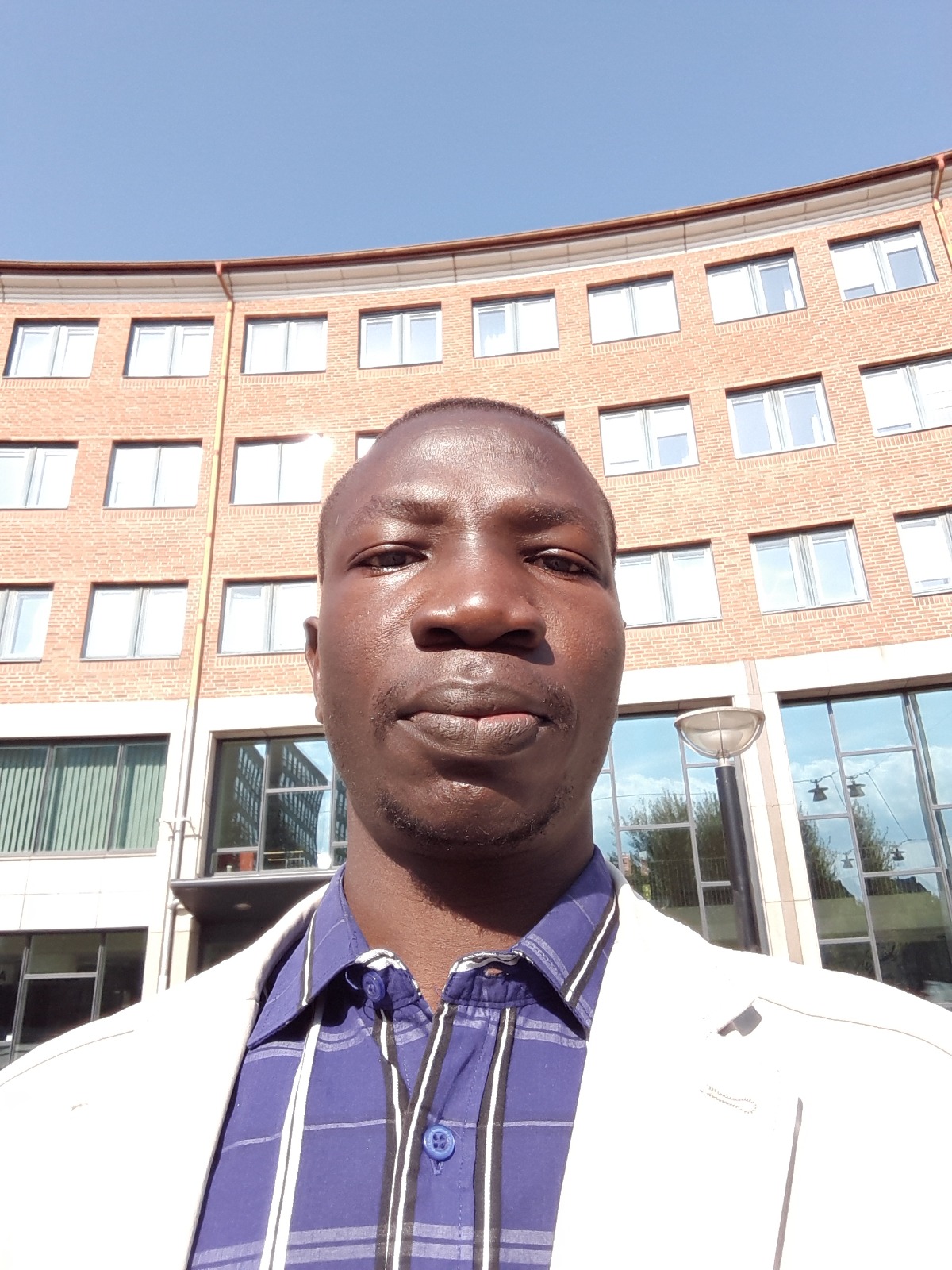 Yaouba Souaibou| Post-Doctoral Fellow: January 2021 - present
&nbspBorn in Cameroon, Yaouba obtained his bachelor's degree in Applied Chemistry and Master Degree in Organic Chemistry both from the University of Ngaoundere in Cameroon. After teaching undergraduate students between 2010 and 2014, he later moved to the University of Nairobi in Kenya in order to pursue his PhD program in Organic Chemistry. During his PhD research, he was invited for research stay at the University of Goteborg in Sweden and at the Technical University of Dortmund in Germany, respectively. In December 2018, he graduated with a PhD in Organic Chemistry major in Natural Products. In April 2019 he joined the University of Lorraine as a Postdoctoral researcher, working on the production of polyketide analogues as antibiotics. In January 2021, Yaouba joined the Moitessier Group as a Medicinal Chemist, working on an Industry/Academic project. When he is free, he likes hiking, jogging, watching documentaries or volunteering in peer review journals. 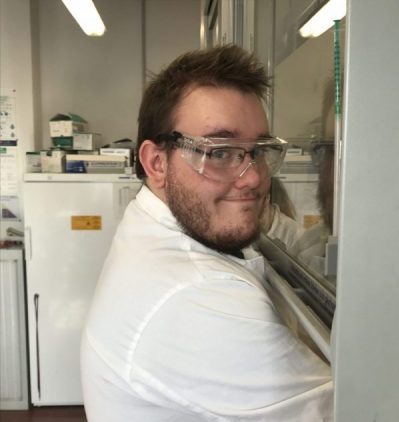 Jerome Genzling| Visiting MSc Student: September 2020 - present
Born and raised in Strasbourg, Jerome moved at the age of 19 to Paris to pursue his BSc. in Chemistry at the ENS Paris-Saclay (2019). Currently enrolled in his MSc. in Molecular Chemistry and Interfaces in partnership with the École Polytechnique, he started working remotely in the Moitessier lab and hopes to join Montreal physically in February. Being interested in both organic and computational chemistry, his work is currently to develop new tools for Computer-Aided Drug Design. When he’s not too busy arguing with his programming console, he likes to play chess, badminton, rugby and going out with friends.
Key Projects: Development of force field methods (H-TEQ). 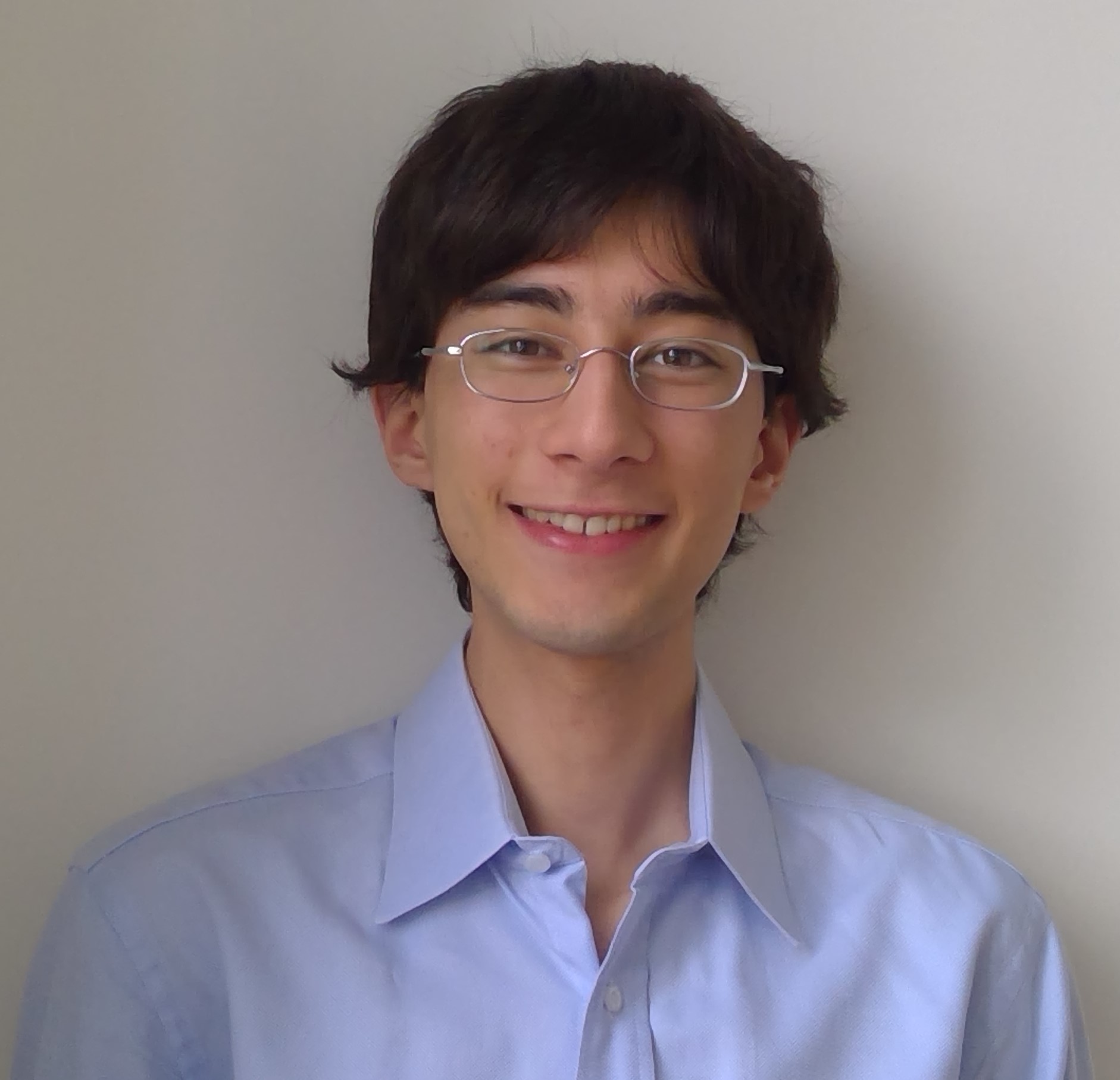 David Hiraki| MSc Student: September 2020 - present
David grew up in the Toronto area and obtained his BSc in chemistry from the University of Waterloo. He joined the Moitessier group in 2020 to explore interests in computational and organic chemistry. He is working on computational chemistry related to riboswitches and the entropy of water molecules. In his free time, he enjoys board games, home chemistry experiments, element collecting, and playing the violin. He also has a passion for designing, building, and solving Rubik’s cubes and other twisty puzzles.
Key Projects: Riboswitch computational chemistry. 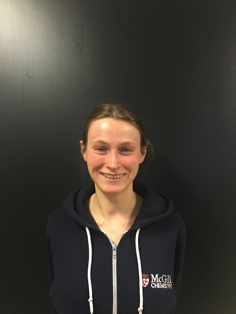 Anne Labarre| PhD Candidate: September 2018 - present
Anne was born and raised in Montreal. She obtained her BSc. in Pharmacology at McGill, but then switched to Chemistry to pursue a PhD in 2018. She is working on the computer-aided design of inhibitors for DPP8/9, two proteins involved in tumor regression via up-regulation of the immune system. Anne is also very active with the McGill Chemistry Outreach group where she, every other day, likes to blow up a thing or two. In her free time, she enjoys swimming laps, fishing fish and eating delightfully delicious and ethereally exquisite food.
Key Projects: DPP8/DPP9 cancer immunotherapy. 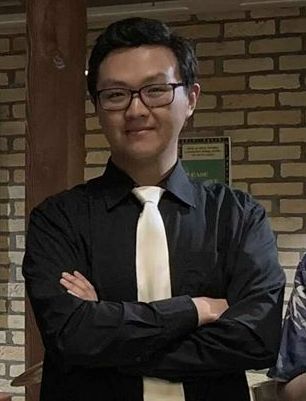 Steven Ma| MSc Student: September 2020 - present
Born in Waterloo, Ontario, he earned his BSc in Chemical Biology at McMaster University. During his time at McMaster, he completed his senior thesis in the McNulty group under the supervision of Dr. James McNulty and David Hurem, working on developing proline derivatives. He continued to pursue his MSc in Chemistry at McGill University in 2020 as a member of the Moitessier group. In his free time, he likes to play volleyball, garden, draw, play video games, and play music in his band. Loves strange and interesting reactions like the Belousov-Zhabotinsky reaction.
Key Projects: Computational analysis and design of ruthenium catalysts . 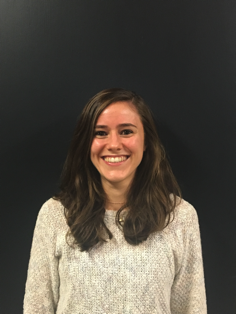 Sharon Pinus| PhD Candidate: September 2017 - present
Sharon (also known as Sharon Penguin or Shevron Pingus) was born in Bonn, Germany, but grew up in Tel-Aviv, Israel. She obtained her BSc. degree from Tel-Aviv University in Chemistry and Biology (double major). In 2017 she joined the Moitessier group to work on the computer aided design of asymmetric catalysts. The current focus is on the organocatalyzed Diels-Alder cycloaddition and the Shi-epoxidation. In her free time she likes to jump to conclusions, go to the gym, pet ALL THE DOGS, bake (and eat) cookies, and read books.
Key Projects: Asymmetric organocatalysis. 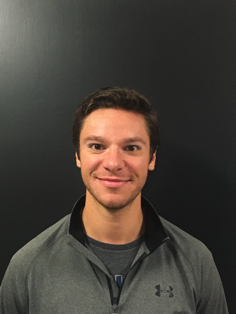 Chris Sitko| PhD Candidate: September 2019 - present
Born and raised in Brandon, Manitoba, Chris did a 4 year bachelor of science honours degree at Brandon University (major: chemistry, minor: mathematics). He joined the computational team in the Moitessier group for his PhD in September 2019. He is a huge sports guy and has played hockey and golf all his life. In addition to playing golf and hockey, he loves watching these sports, as well as American football.
Key Projects: Development of force field methods (H-TEQ). 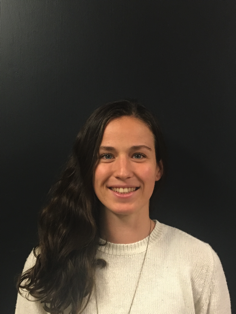 Julia Stille| PhD Candidate: September 2017 - present
Born and raised in Ottawa, Julia obtained her B.Sc. Hon. degree from the U.of Toronto in chemistry. After graduation, she spent a year working in the drug discovery department at the Ontario Institute for Cancer Research. She then joined the Moitessier lab in 2017 to work on computer-aided drug design, with applications toward the treatment of leukemia and bacterial infections. In her spare time, she enjoys running, taking tennis lessons, and painting (by numbers). Her favourite element is the element of surprise – Ah!
Key Projects: AID inhibitors as leukemia therapeutics, riboswitch-targeting antibiotics. 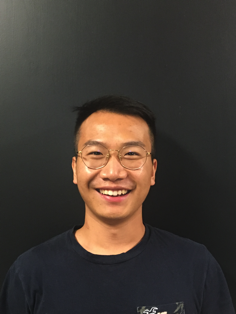 Chris Wang| PhD Candidate: September 2019 - present
Born in Shanxi, China, Chris moved to Canada to pursue his BSc and MSc. at the University of Manitoba. In September 2019 he joined the Moitessier group to work on overcoming metabolic drug resistance by computer-based rational design, with a focus on diaminopimelate decarboxylase. In his free time, Chris loves plants and animals! He will pet any pets you have, even if it is a danger noodle. And of course, he loves chemistry, especially the home chemistry that leads to a BOOM!
Key Projects: Overcoming Metabolic Drug Resistance by Computer-Based Rational Design. 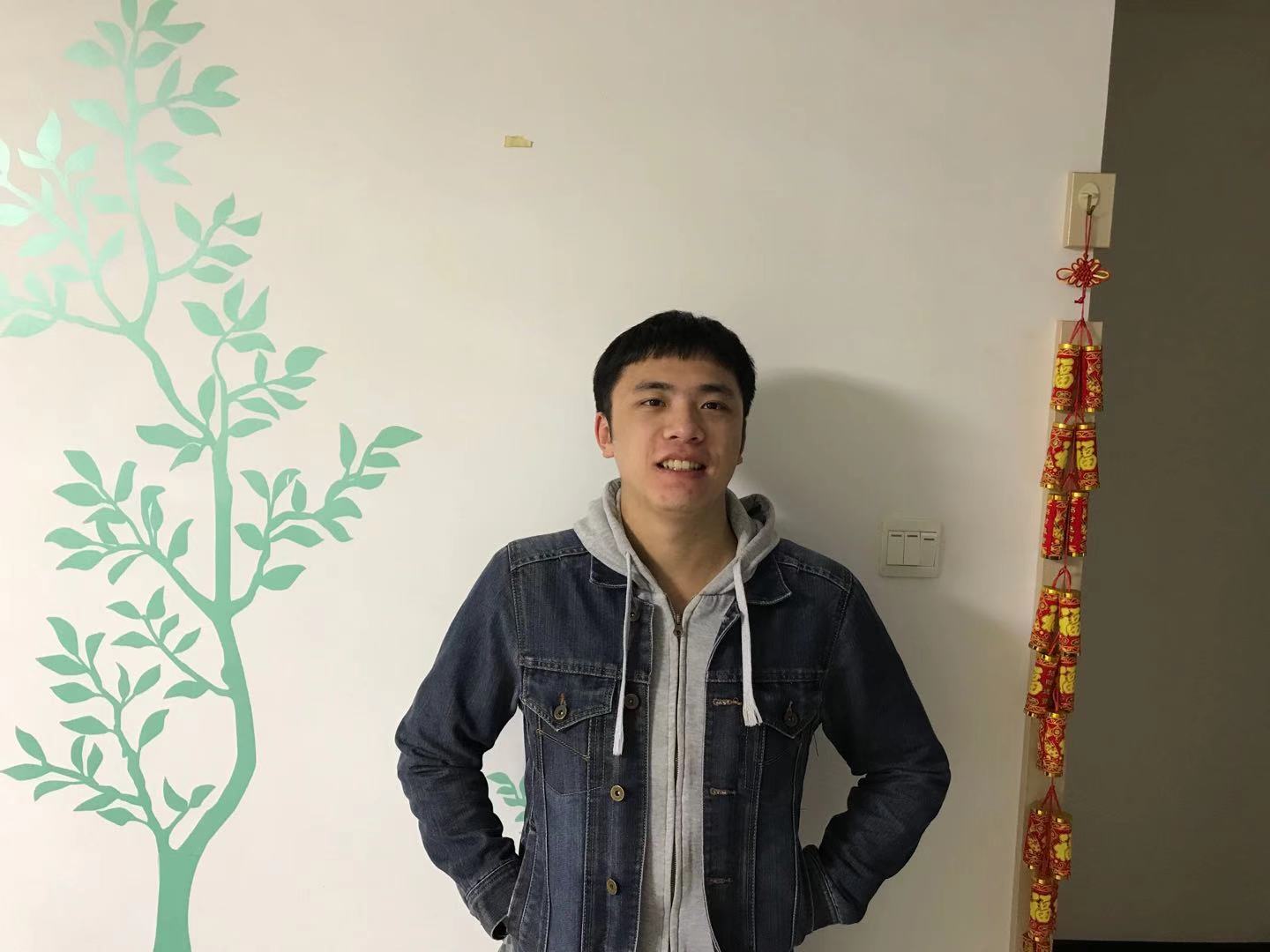 Zhuoqun Lu| PhD Candidate: January 2021 - present
s      Born and raised in Jilin City, Zhuoqun obtained his B.Sc. degree from Jilin University in chemistry. After graduation, he joined Professor Hongyu Zhang’s group as a graduate student and continued his research on organic elastic crystals. He then joined the Moitessier lab in 2021 as a PhD student. In his spare time, he has a fiery passion on long-distance running, which he has persisted for almost seven years. Moreover, he also likes play harmonica.
Key Projects: Small molecules binding to biologically relevant nucleic acids. 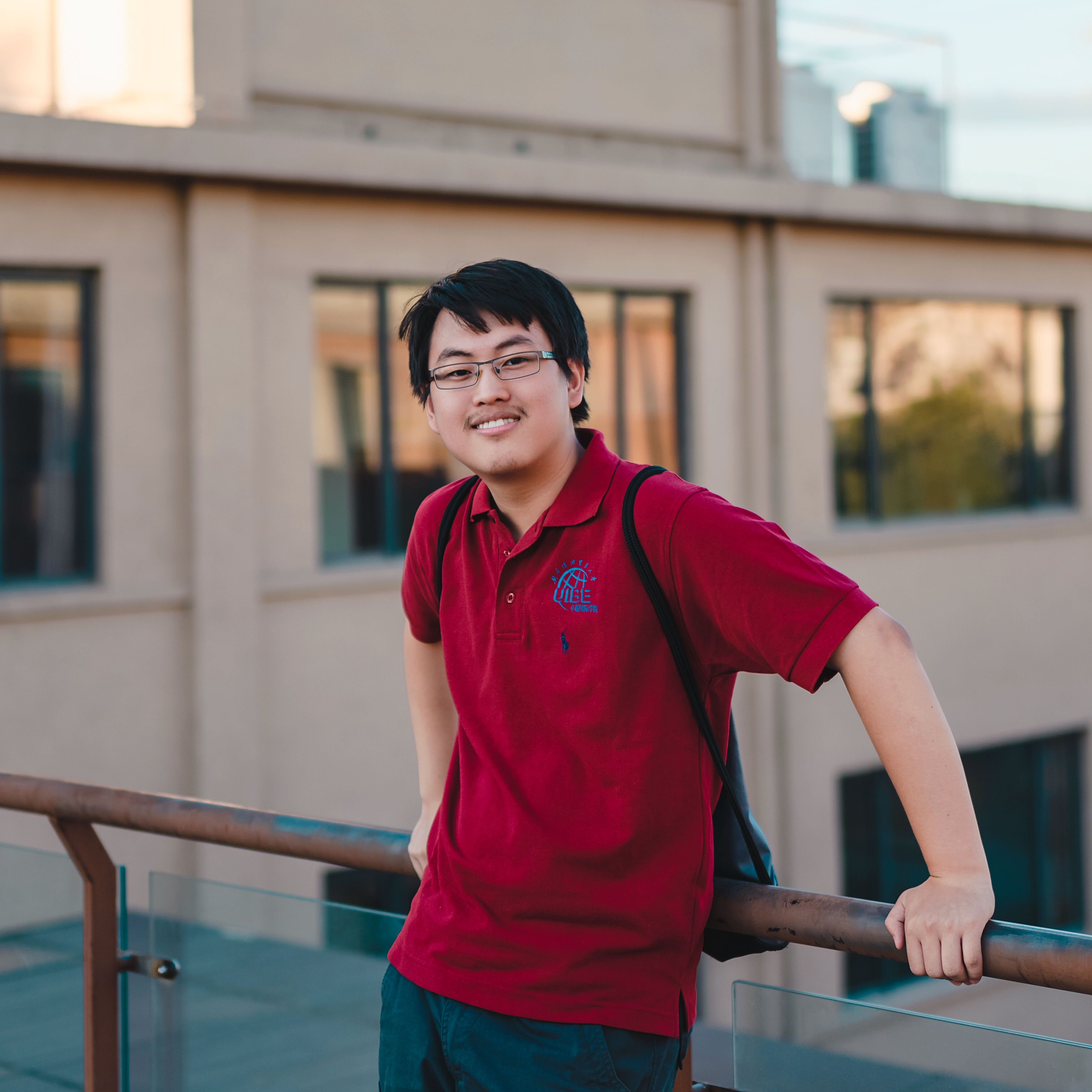 Charles Xiaocong Zhang | MSc Student: September 2020 - present
Charles was born in Beijing, China, but he has been living in Montreal since 2011. He obtained a BSc in Honours Chemistry at McGill University. During his undergraduate studies, he completed an honours project under the supervision of Dr. James Gleason, working on organocatalytic enantioselective Cope rearrangements. He chose to stay at McGill for graduate studies and joined the Moitessier group in 2020. In his free time, he enjoys playing badminton, watching movies, singing at karaoke, and playing video games. He also likes meeting people from all around the world and talking about different languages and cultures.
Key Projects: computer-aided design and synthesis of SARS-CoV2 PL-Pro inhibitors. 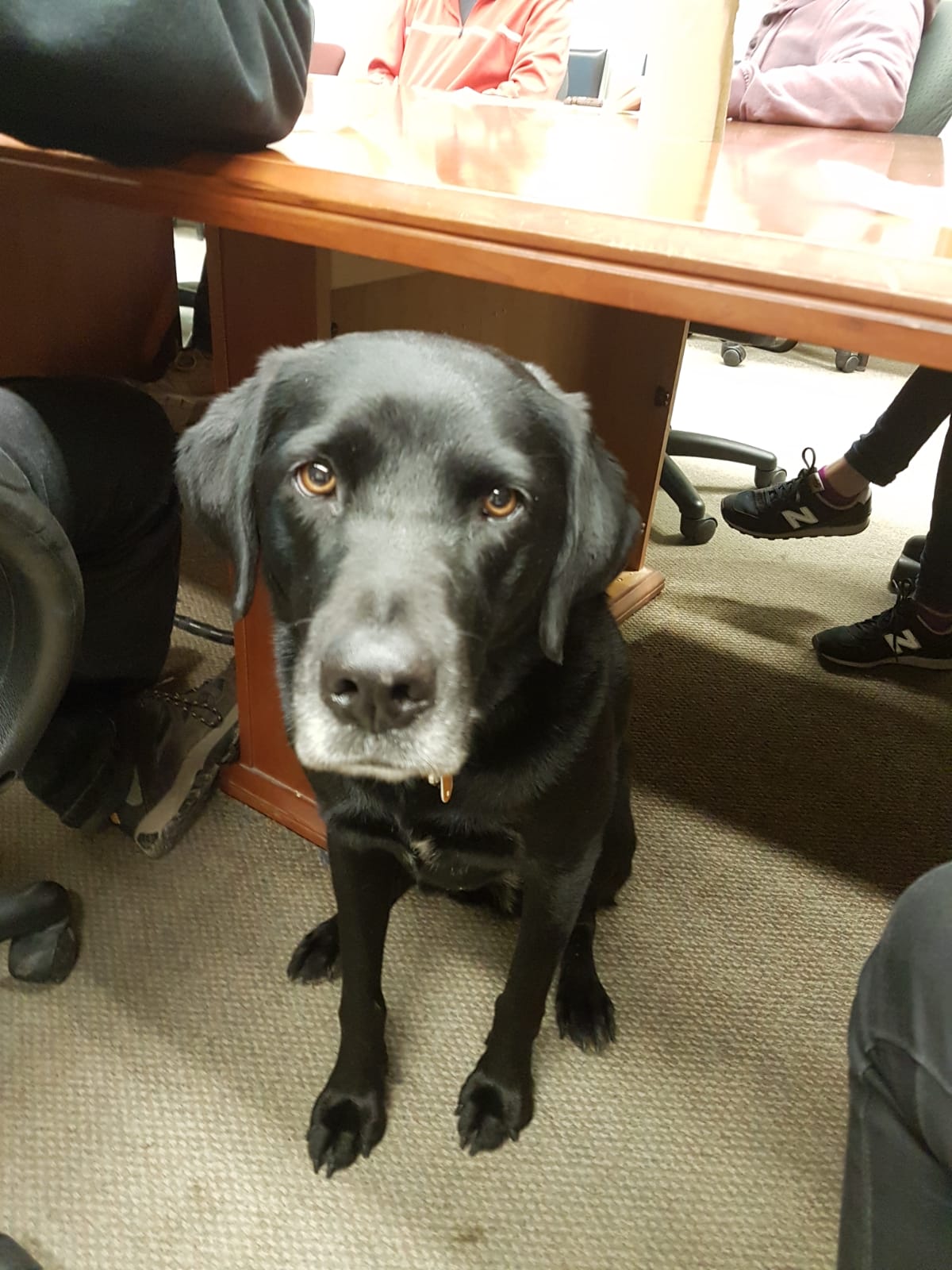 Darcy Ball| "Lab" Manager: November 2019 - present
&nbspDarcy is a 6-year old black labrador who is the newest part-time addition to our lab. Her main role is to be happy and to lick faces and play with her toys. She is the sweetest, kindest and most gentle dog that ever existed.
Key Projects: being happy, sniffing around, asking for pets and food, snoozing. 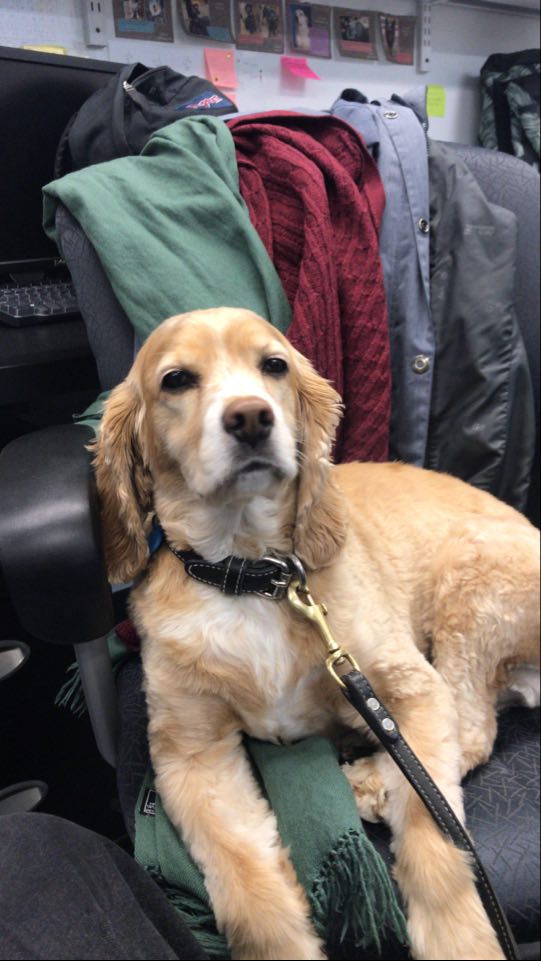 Ginger aka "The Guong"| Professional Growler: February 2020 - present
&nbspGinger is a 7-year old cocker spaniel who is the softest, cutest and cuddliest dog ever. Her main role is to sleep under Mihai's desk and to growl at people when they invade her personal space. She will however sit on your lap in exchange for treats, of course. She will judge you (best evidence is this photo) without any remorse.
Key Projects: judging people, growling, sleeping, being the cutest little animal ever, begging for treats like there's no tomorrow.

Landing Page A Bunch Of Chemists on the Loose Who is Nicolas Moitessier and what does he do? Our Research Our Publications Our Lab Facilities Our Software and Data Our News Photos of Us and Dogs We Sometimes Have Fun COVID-19 Info Page Openings