&nbspAdverse drug reactions and toxicity are among the major causes of attrition observed in the drug discovery and development processes. Despite major investments in toxicology and in clinical trials, severe and even fatal toxic effects have resulted in drug withdrawals. In fact, analysis revealed that 30% of the pharmaceutical attrition was driven by toxicity, with 90% of drug withdrawals and 33% of clinical phase terminations attributed to various forms of toxicity. Although the primary causes of toxicity could be very different, the first-pass bioactivation by metabolic enzymes (phase 1 metabolism) such as cytochrome P450s (CYPs) is often an initiating step. Of drugs currently on the market, 75-90% are metabolized by one of the 57 human CYPs. Out of this set, six isoforms (CYP1A2, 2C9, 2C19, 2D6, 2E1 and 3A4), expressed mainly in the liver and in the gut, are responsible for over 90% of this oxidative metabolism and represent one of the main focus for medicinal chemists and pharmacologists when optimizing for drug-like properties.
&nbspThe metabolites produced by these various processes have their intrinsic pharmacologic effect and toxicity that may differ from the parent drug. They can also exhibit high reactivity, leading to hepatotoxicity and/or cancer and are referred to as reactive metabolites. To be able to predict the sites where drugs would be metabolized we developed a highly accurate method - Impacts - based on docking and QM-derived activation energies. These sites of metabolism would then be subjected to Metabolics , our tool that predicts whether an aromatic oxidation site would be transformed into an epoxide (toxic) or hydroxide (safe). We are also currently developing a tool to predict whether a potential drug would inhibit a CYP isoform through reversible CYP inhibition using a combination of docking - Fitted - and machine learning - neural networks. 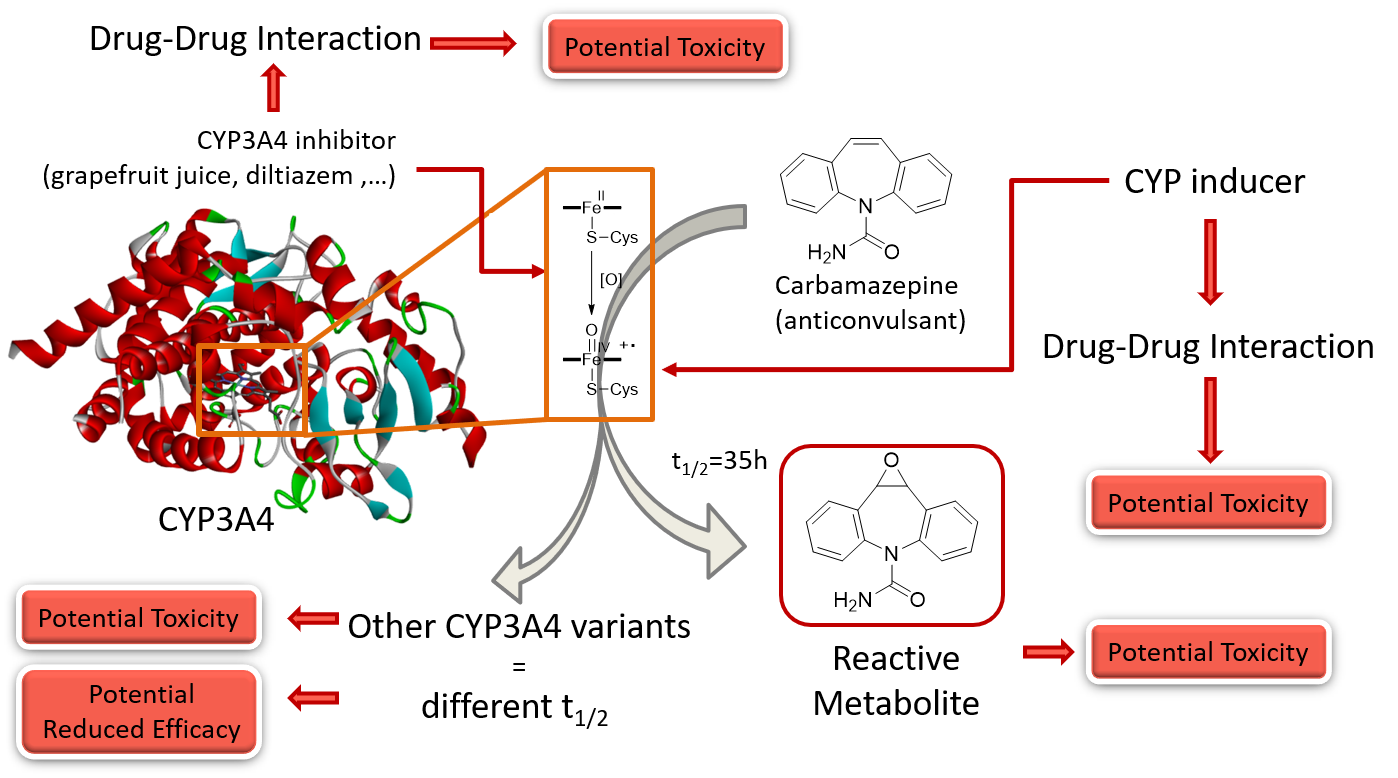