Nic Moitessier - The Man, The Myth, The Legend 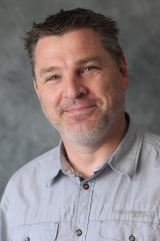 &nbspHe received his undergraduate training and his Ph.D (1998) from Université Henri Poincaré-Nancy I (France) under the guidance of Dr. Yves Chapleur (carbohydrate chemistry) working in close collaboration with a theoretical chemistry group (Dr. Maigret). His PhD was followed by post-doctoral studies with Prof. Shephen Hanessian (1998-2000, medicinal chemistry, asymmetric synthesis).
&nbspIn 2001, he moved back to Nancy to start an academic career (Chargé de Recherche, CNRS) then back to Montréal in 2003 (Assistant Professor, McGill University). In 2009, he was promoted to Associate Professor and in 2019 he was promoted to Full Professor.

Landing Page A Bunch Of Chemists on the Loose Who is Nicolas Moitessier and what does he do? Our Research Our Publications Our Lab Facilities Our Software and Data Our News Our group We Sometimes Have Fun